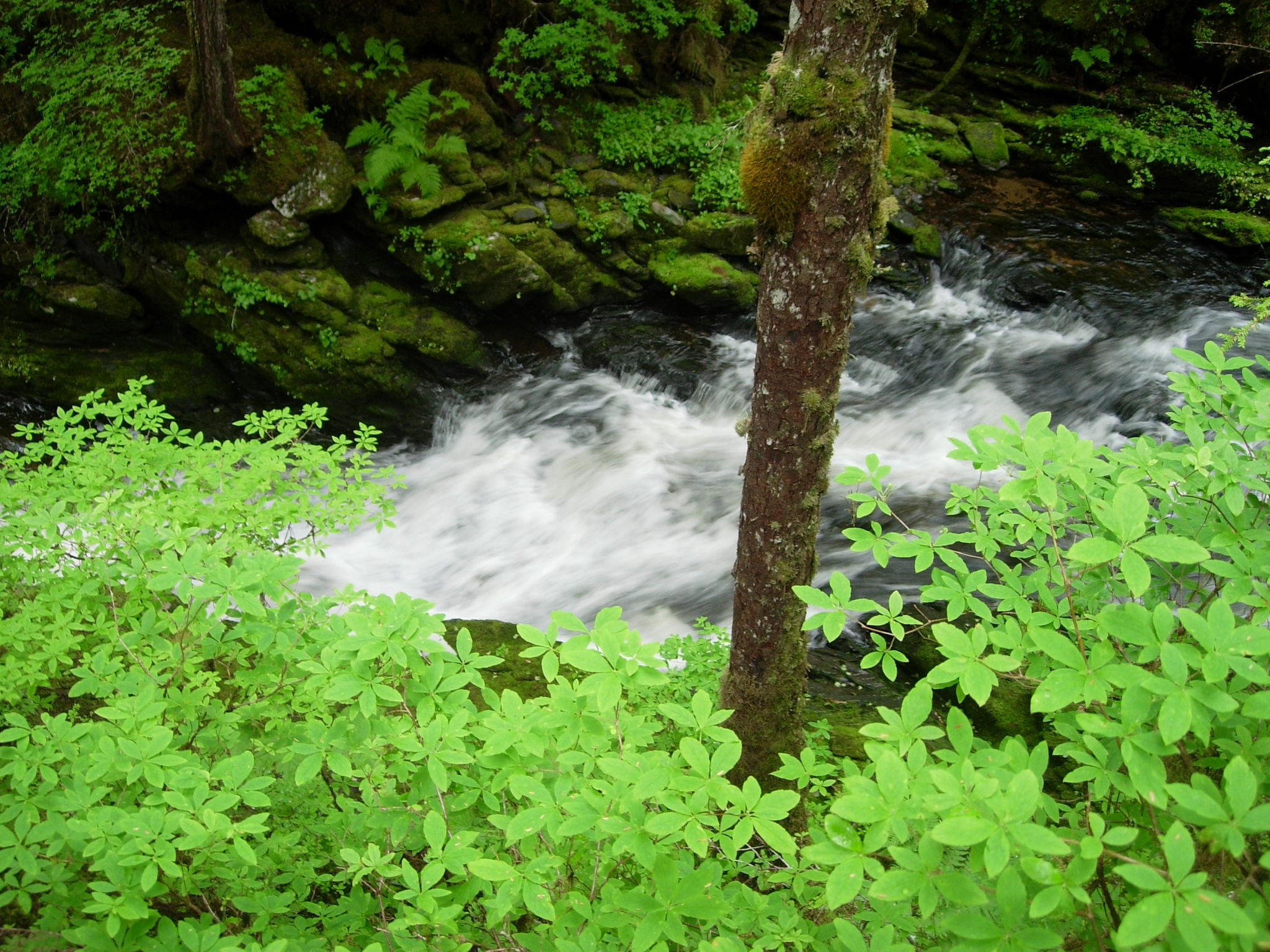 The Tongass Conservation Strategy created a large network of old-growth forest reserves where timber harvest and road construction are precluded throughout the Tongass National Forest. The reserve network was created to protect species of concern and to maintain viable wildlife populations associated with old-growth forests. While climate change was not an explicit driver of the development of the reserve network, the protected lands may act as a source of resilience in the future. Large tracts of interconnected lands could allow species to migrate and evolve as the climate shifts.

The Tongass National Forest is located in Southeast Alaska and is slightly larger than the state of West Virginia; it has 15,000 miles of shoreline, or roughly 15% of the entire U.S. coastline with over 21,000 islands in the Alexander Archipelago. The Tongass National Forest accounts for 14% of the remaining intact, global temperate rainforest. About five million acres of the 17 million acre forest are considered productive old growth forest (over 150 years). While few agencies are directly doing climate change adaptation in the Tongass National Forest, there is much discussion regarding what to do amongst agencies and interested stakeholders. Many are trying to incorporate climate change into their day-to-day work but are struggling to identify what issues might be pertinent and what the most efficient management approaches may be. One avenue that may hold promise in the realm of climate change adaptation is protecting large tracts of habitat and species in select locations where they are likely to survive/evolve to climate change in Southeast Alaska. The Tongass Conservation Strategy, adopted by the U.S. Forest Service in 1997, set aside large areas of forest in order to institute a habitat-based wildlife conservation strategy.

In 1997, the Tongass National Forest Land Management Plan was updated by an interagency group of managers and researchers. Part of the update included the development of a wildlife conservation strategy. The conservation strategy was developed to maintain viable old-growth associated wildlife populations and to prevent the need to list select species under the Endangered Species Act. The strategy is based upon the best available science and represents a balance between conservation measures and an acceptable level of risk for continued species viability. The strategy was informed by several science-based efforts, including the Interagency Viable Population Committee’s recommendations for conserving old-growth associated vertebrates, the recommendations of an interagency risk assessment panel, species of concern conservation assessments, peer-reviewed literature, and the forest planning process. Key partners included Alaska Fish and Game, U.S. Fish and Wildlife Service, U.S. Forest Service, and local environmental groups and scientists.

The conservation strategy has two parts: a “coarse filter” and a “fine filter.” The coarse filter established a large system of old-growth reserves where timber harvest and road construction are precluded. The home range and dispersal capabilities of old-growth associated species of concern were considered in determining the size, spacing, and number of reserves. Four types of reserves were interconnected, identified by their total area; they include Very Large (>180,000 acres, 21 total) for the brown bear and Alexander Archipelago wolf; Large (40,000 acres) and Medium (10,000 acres) (149 total) for populations of species with smaller home ranges and to provide refugia for dispersing animals; and Small (at least 400 acres, 267 total) to assure that species of concern are likely to occur in each 10,000+ acre watershed. Reserve connectivity was designed to support animals with limited dispersal abilities. Beach and estuary fringes and riparian habitat were identified as important wildlife corridors based on evidence that these are important wildlife travel routes in the Tongass. The fine filter was designed to directly address the needs of species of concern. Within their habitat matrix, specific management standards and guidelines were prescribed, and in some cases, additional habitat conservation measures were instituted in areas where timber harvest had occurred.

The conservation strategy was updated in 2008 and 2016 as part of the Tongass National Forest Land and Resource Management Plan amendment process. The 2016 plan incorporates changes related to managing the land and resources of the forest. However, original components of the conservation strategy (e.g., system or old-growth reserves and habitat matrices) remain in the plan.

The management plan is monitored through the Tongass National Forest Monitoring and Evaluation Program. Monitoring and evaluation plans are biennial and organized by monitoring questions, sampling and reporting periods, indicators, data and information, and feedback mechanisms. As of 2012, the program includes an element to address monitoring for climate change (e.g., changes in tree species composition, growth, sapling recruitment, and decay). The 2016-2017 Biennial Monitoring Report finds that there have been modest changes in tree species composition and recommends that climate change vulnerability assessments be reviewed to determine if more indicators are needed to adequately address monitoring for climate change and other stressors.

The conservation strategy can be revised in the future to better incorporate the impacts of climate change. However, it is difficult for managers to adequately plan when the level of uncertainty is so high with climate change. Managers may be forced to make decisions before the answers are known. Most agencies adhere to the precautionary approach but the level of information and analysis has to be sufficient enough to get to the point where projected impacts can be translated into management choices. Managers have a limited capacity of staff and organizational structure; they cannot drop everything and work on climate change alone. Thus, strategies that work to conserve wildlife and offer a source of resilience to climate change such as the Tongass Conservation Strategy may be the best solutions given the current availability of information.

The Juneau Fish & Wildlife Field Office extends the Partners for Fish and Wildlife Program, Fish Passage Program, and Southeast Alaska Coastal Program to Southeast Alaska partners. We work with a broad suite of partners to accomplish our mission by providing financial support and technical assistance through our programs and by collaborating with other agencies.

The U.S. Forest Service is an agency of the U.S. Department of Agriculture that manages public lands in national forests and grasslands. The Tongass National Forest, the nation's largest national forest, covers most of Southeast Alaska, surrounding the famous Inside Passage.