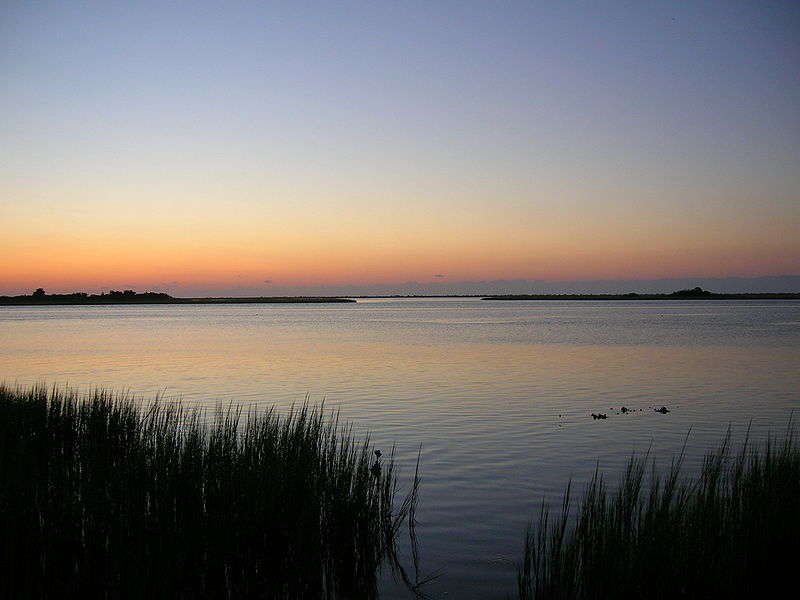 Bald Head Island is a barrier island located off the coast of North Carolina, part of the network of islands known as the Outer Banks. Its low lying elevation and shifting sand dunes make it acutely vulnerable to sea level rise and other impacts of climate change such as storm surges and changes in oceanic currents. In 2010–2011, the Bald Head Island Conservancy developed a comprehensive public outreach campaign to help educate community members about the potential impacts of climate change to the island and individual choices that can help improve the socioecological system’s resilience. The Conservancy attained funding to build a research and educational facility and developed a knowledge-sharing network—the Coastal Barrier Island Network—with other barrier islands to facilitate the transfer of knowledge and lessons learned as communities begin to adapt to climate change.

Land parcels with healthy, intact maritime forests are able to serve as natural barriers to reduce the impacts of climate change and enhance the barrier island’s resilience. The community made land-use planning decisions early on such as not cutting down trees and other ordinances that have increased the resilience of the barrier island to impacts of climate change (e.g., sea level rise, coastal erosion, and increased storm surge).

In 2005, BHIC began to incorporate climate change impacts into its long-term conservation strategy, which includes a strong educational component. The primary objectives of the organization remain focused on coastal conservation, preservation, and education, specializing in local impacts and outreach.

Public education and outreach has been paramount to BHIC’s mission. As staff began to incorporate climate change into land acquisition strategies and public outreach, they encountered tempered skepticism from some community members. Climate change cannot be felt or witnessed on a day-to-day basis; however, when staff isolated certain impacts of climate change, such as sea level rise, and displayed supporting graphics of localized change, community members were more interested in the tangible effects climate change could pose to their island community.

BHIC staff use public lectures, newsletters, summer camps, and a gift shop to conduct public outreach to roughly 17,000 people annually. Their turtle conservation and education program has been essential in their climate change education endeavors. Staff have found that the strong, emotional connection to an iconic species, such as the sea turtle, can cause an individual to change their behavior when they learn about the potential detrimental effects climate change could have on the sea turtle population. Simply lecturing about the large-scale causes and effects of climate change does not elicit the willpower of many individuals to change their actions, but charismatic megafauna and emotional connections to them can. Public education is a constant and ongoing process, involving repetition and multiple iterations, but the Bald Head Island community has generally become more aware of the potential impacts of climate change and the individual choices that can be made to reduce them.

BHIC staff continue to integrate climate change into their work through an ongoing lecture series to help educate the public and serve in a public-private partnership with local municipalities. These lectures provide specific and general input on environmental decision-making in the Bald Head Island region.

The Bald Head Island community prides itself on being independent and making decisions at the community scale. To support climate change adaptation measures, staff at BHIC have focused on local initiatives that empower community members to conserve energy and protect the land. However, it has been difficult to accurately convey ideas such as “adaptive management” or “scientific uncertainty” to community members; this continues to be a stumbling block to advancing climate change adaptation within the community.

To enhance community buy-in for actions that reduce their climate change vulnerability, it has been important to celebrate community choices and wins such as turning off the lights at night so the sea turtle hatchlings are not drawn inland. A lot of the foundational work that BHIC has done through its public outreach and by building relationships with community members may prove to be fundamental as climate change impacts become increasingly apparent. It is important that there is a certain level of trust between parties before effective, collaborative action can be taken.

The Bald Head Island Conservancy is a non-profit organization founded in 1983 whose mission is to protect, preserve and promote the natural environment of the SmithIslandcomplex.

The Land Trust Alliance promotes voluntary private land conservation to benefit communities and natural systems.  We are the national convener, strategist and representative of more than 1,600 land trusts across America.